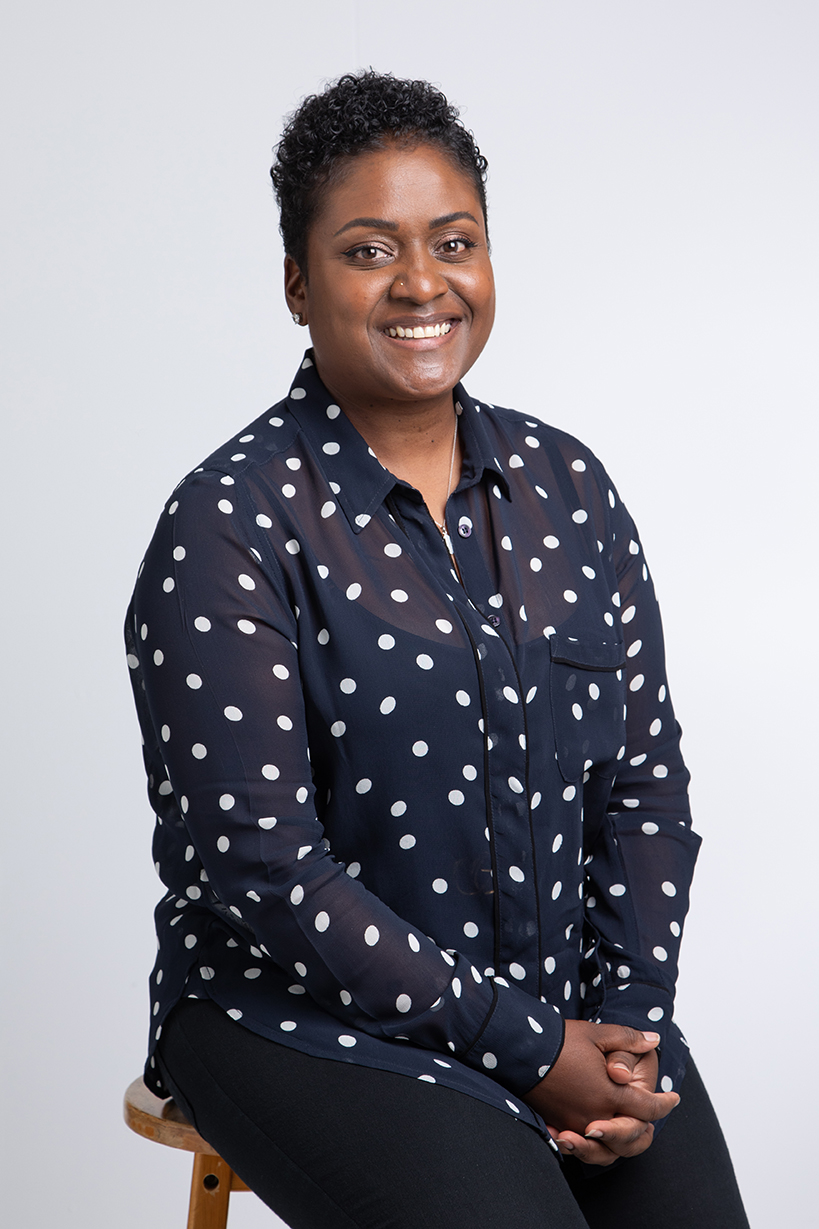 A semi-regular series of interviews with established and emerging talent in the photo studio industry kicks off with Managing Director of E-Talent Agency, Natasha Brown.

At the start of 2020, Natasha Brown set up E-Talent Agency. Designed to fulfil the freelance and consultancy needs of e-commerce studios, E-Talent Agency started out to represent photographers, fashion stylists, hair and make up artists, e-comm studio consultants and other e-comm studio creatives on short- and long-term contracts. And then the global pandemic hit.

So, what have the past 18 months taught Natasha, and what’s the story behind this rising star’s journey to this point?

How did you get your break in the business?
I’m a photographer by trade and my first experience in e-commerce came when I started work in the NET-A-PORTER studios in 2010. I progressed through the ranks quite quickly but then found that there’s a limit to where you can go in e-comm photography, and it’s either move on to something new or move into management. I loved working for the company, so I moved into managing the photography team as the Photography Team Lead.

After six years with NET-A-PORTER, I was head-hunted by a company in Dubai called Al Tayer Group. They are massive in the ‘bricks and mortar’ retail world in the Middle East, and they were looking to launch OUNASS, their first online luxury fashion platform. I was recruited as the photo studio manager but as the studio didn’t exist yet, that meant starting everything from scratch – including the studio build, design, procuring all equipment and staffing. It was quite a tall order, but I put together an amazing team and we launched OUNASS in just over 8 weeks.

What did that experience of setting up an e-comm photo studio teach you?

It was a baptism of fire! One thing that stands out is that you need a skilled and resilient team, or people who are willing to learn fast, because my NET-A-PORTER standards never dropped and I needed everyone to work hard to get the studio up and running.

Also, it became clear just how important dedicated software is to aid and track each area of the studio workflow, as well as for analysis, analytics and reporting. At NET-A-PORTER we’d always had in-house developed software, but in my new role I had nothing.

So, how did you manage the workflow at the start?

I put together the process and mapped it out on an Excel sheet in order to track the end-to-end studio process. We then quickly moved it to a Google sheet, because it needed to be accessed by so many people across the studio at the same time. It was as accurate and secure as we could make it without using dedicated software. But it was very fragile. If one person accidentally deleted or overwrote anything, we were screwed, and would then spend a lot of time fixing or restoring data.

At the end of every week the production team and I were usually in the studio until very late in the evening trying to pull analytics together for the weekly studio report. Attempting to reconcile and give an accurate report from an online spreadsheet took a lot longer than it should have taken. Knowing that it didn’t need to be like that if we had the right systems in place meant that I really pushed for some type of process software, because we needed to work smarter.

Which workflow solution did you end up with?

We didn’t think there was anything available off the shelf. We even started to try and develop something internally with our IT department, but quickly realised that it would take years to create what we needed. Then, like buses, two solutions came along at once. So, there was SpinMe and a software company that our head of department was involved with. In the end we went with the latter, due to the internal control we believed we could gain with our HOD’s connection to the software. Had it not been for that, there is no doubt we would have gone with SpinMe.

Why did you decide to go solo?

Dubai is great for a short period, but it’s a very transient place and it was never really home. In starting the studio, I’d done what I’d set out to do and built a successful, fully functional, and highly skilled e-comm studio and team and I knew I was leaving it in good hands. I’d been in Dubai for almost 3 years before I returned to England to start my own business, staying within the e-comm industry and still managing creatives.

What’s the story with E-Talent Agency?

So, we represent highly skilled and experienced photoshoot talent – photographers, fashion and product stylists, hair and makeup artists and fashion assistants – and provide consultancy services for e-commerce studios, and creative shoot production teams across the UK and internationally. There are lots of creative agencies who represent photoshoot talent, but as far as I’m aware – and I don’t know if this is a good thing or a bad thing! – there aren’t any agencies that are specialising specifically in highly skilled e-commerce studio talent.

So you spotted a gap in the market?

It was purely through my experiences as a photo/studio manager and wishing there was an agency that specialised in the talent that I needed. I used to work with many freelancers on an individual basis, so I had 15-20 invoices coming in on any particular week from various sources. There were also times when none of our regular freelancers were available, and then you have to rely on new freelancers who you have to then train up and hope can do the job.

I always longed for an agency that had an e-comm department, or who specialised in e-comm studio talent, so that’s what I’ve always thought that I would do, given the opportunity.

How big is the agency?

We currently have around 55 creatives on our books.

Are you still looking to recruit freelancers?

Always! I stockpile all the applications and enquiries about joining the team, and I’ll do interviews about once a month. My standards are still very high and I have a great insight into what e-comm studios need, so I make sure that all our rostered artists are creatives who have the right skill sets, experience, and level of creativity to cover commercial work as well as the e-commerce side – people who I would personally hire if I were still a studio manager.

We launched in February 2020 and have achieved a lot, but take away the pandemic and it’s still very early days so we’re still looking to build our roster.

You mention the pandemic – how did that affect your launch plans?

When I started the agency it was going to be purely e-commerce talent that I was going to specialise in, because that’s my background. But then the pandemic hit and all the e-comm studios either shut down or worked in very small bubbles, and they stopped hiring any new freelance. So it’s evolved into taking on more creative and commercial work as well.

This has worked out really well because all of our rostered artists are talented creatives who happen to have e-commerce experience, and it’s given them the scope and opportunity to undertake more varied work through our agency. 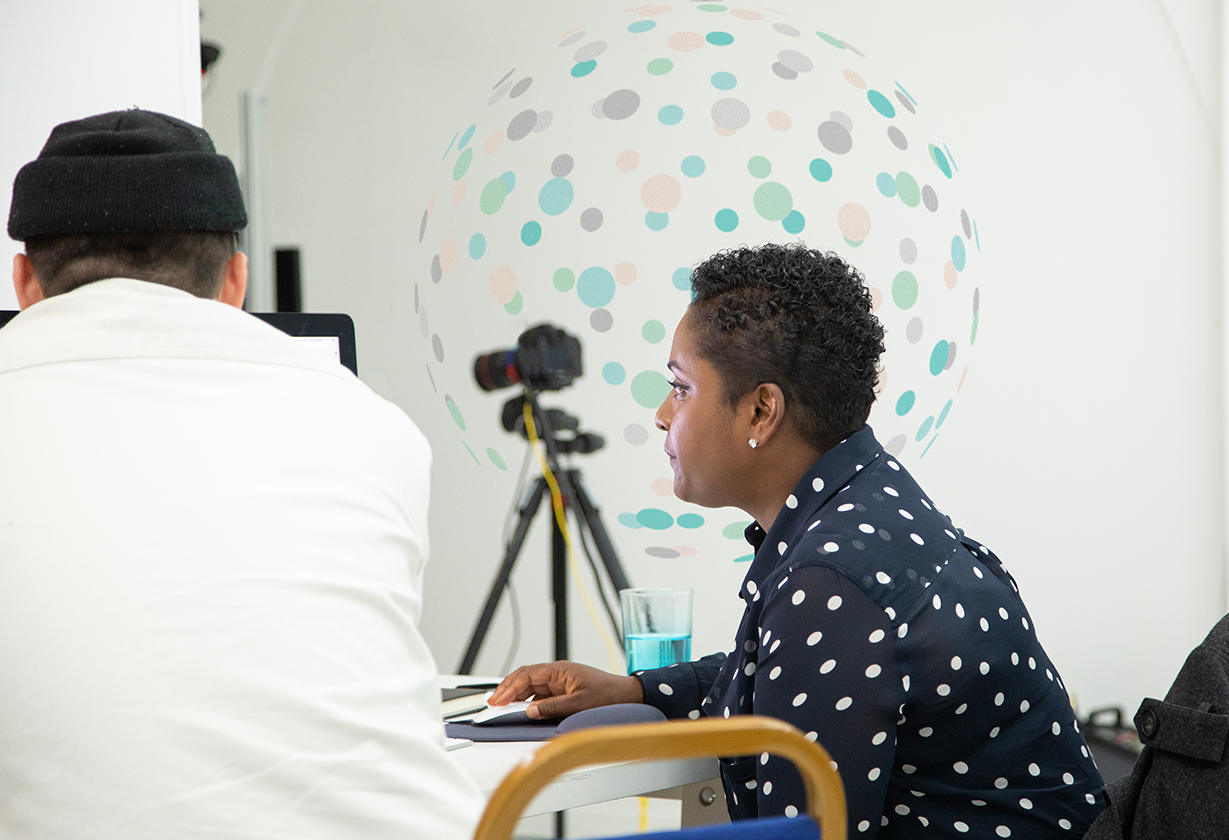 Have you seen an increased demand for freelance help, as companies try to catch up?

Obviously there’s been much growth in online shopping because of the pandemic, and even before the pandemic. However, in terms of studio staffing, it really depends on the company’s particular needs.

There are a lot of e-comms that don’t shoot on a regular basis, or they’ll shoot seasonally. Especially with fashion, you’ll have peaks and troughs throughout the year. So instead of taking on a full-time team and having to get rid of them during the quiet months, they’ll just top up with freelance to scale when they need to.

What have you learned through the process of starting your own business?

I’ve learned that even if you have the expertise and a product/service that you know people need, it’s a lot harder to get your foot in the door of potential clients than I expected!

I’ve also learned that personal introductions and word of mouth recommendations to get my business out there and to build trust is invaluable. I’ve been so lucky to have worked with so many amazing people in the industry over the years who have believed in me, helped, supported, and endorsed E-Talent Agency to really get it off the ground.

Also, now working with many e-comm studios, I see there are many studio managers, producers, and coordinators out there who are in the same position that I was – needing the right software and processes to make their studio workflow smarter and more accurate.

A lot of e-comms are still using very primitive systems, if they’re using any at all. I think it’s down to just not knowing the benefits and the efficiency and increased productivity that specialist software can bring.

So they’re still trying to manage everything via spreadsheets?

Some large companies are still working on spreadsheets and Google sheets. It’s working for them, but it’s just not accurate and it’s just not efficient, and I’m sure they’re missing a lot of vital information and analytics because they’re doing it this way.

A lot of the smaller companies are also working this way, probably because they think that they don’t shoot enough or they’re not big enough to be able to afford a bespoke solution. I think everyone’s scared of change, aren’t they, and if you can do something with your eyes closed, no matter how cumbersome it is, why do you want to go through the transition of learning something new to change it?

But having an insight into e-comms all over the country, I feel there’s a lot that can be done to improve their systems, their efficiencies, and their productivity just by looking at their workflow processes and the software that is available to them.

And that is where SpinMe comes in. SpinMe Studio offers an end-to-end photo studio workflow software solution which enables high-volume e-comm studios to operate in a scalable and more efficient manner. Their unique workflow software solution simplifies the production processes through a series of customisable user-friendly modules. Fully tested and used by their own in-house commercial studio, each of these SpinMe modules would play a vital role in the efficiency of any e-comm studio workflow.